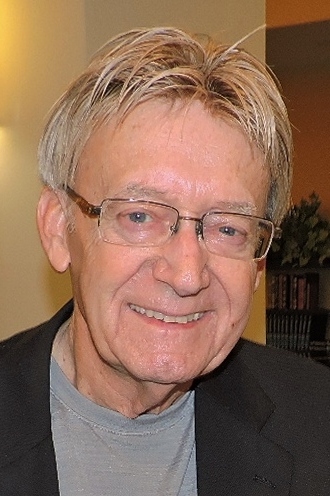 Buena Vida resident David was born in 1942 in West Union, West Virginia – a small town by most standards. As of the latest census West Union had 825 residents. His father started the First Cinema Show theater in the town, so David’s love of the arts came naturally.

Shortly after David was born the family moved to Elizabeth, WV where his mother worked in the General Store and his father remained in the theater circles.

David’s first spark for music came while living in West Union. At age six he was taking piano lessons from the only teacher in town and by age nine he was playing organ at the local Baptist church.

By 1955 the family moved to Daytona Beach so his father could take the lead as Manager of the Main Street Theater. David loved the exposure to all Daytona Beach and Florida had to offer. Who wouldn’t love the sun and surf of those days?

The stint in Florida was brief, and the family moved back to Elizabeth just three years later.

“The community there was so nice – you could leave doors unlocked, there was no crime, and there was this unspoken race to see which wife could get their laundry out on the line to dry first,” David said of the town.

He finished high school in Elizabeth and decided to pursue music as his major at West Virginia University, first as a piano major with organ as his minor, but he soon changed his major to focus on the organ. After graduation David struggled to find his next step, first seeking a job at Parkersburg Church and then deciding to return to school for his master’s degree at Ohio University.

The wandering continued as David decided the master’s program was not for him and moved back to Florida for a summer. He took a job in Daytona Beach working in a Spanish restaurant while he figured it all out.

His love of music brought him out of Florida first to a Methodist church in Annapolis, Maryland for five years and then on to a Presbyterian church in Union Town, Pennsylvania – which David would soon realize was a turning point in his life.

“I met my future wife, Carleen, in Union Town – she was singing in the choir and I just knew. We married six months later.”

David’s desire to master the organ led him to audition for a program with internationally renown organist Mildred Andrews at Oklahoma University. He auditioned and was accepted and became her graduate assistant as he again pursued his master’s degree. It was there that David got the choral directing bug and decided to get his doctoral degree in choral directing.

“I was about to do my dissertation and final recital when a church job in Kansas City opened and I couldn’t turn it down,” said David. “I left academia and never finished my doctorate. I should have finished, it’s one of my few regrets.”

David and Carleen spent 25 years in Kansas City with the Episcopal church. They saw the congregation through several priest changes and then, as the music went more contemporary in style, the couple decided they’d like to relocate to Florida. A position opened at East Minster Presbyterian in Indialantic, which he accepted and retired from five years ago. But that’s not where the story ends.

“I failed at retirement,” said David. “I took an organ job at Holy Trinity so I can still keep my skills up and have access to the organ. I have to keep my feet in the pot.”

Carleen suffered a stroke while the couple was vacationing shortly after David’s retirement. The couple’s path to living the good life at Buena Vida happened through a connection at East Minster.

“We were living in our condo beachside and I worried if anything happened to me what would happen to my wife,” David said. “I knew I needed a place where Carleen would receive the care she needed because I believe there is a lot of healing that can happen after strokes and people can recoup much of what they lost.”

David still sings with the Indialantic Chamber Singers, a group he founded in 1999 as a result of a wedding he was asked to perform at – he got a small group of singers together and decided to keep it going. He is now the Director Emeritus of the group and still enjoys the camaraderie and diversity of the group.

He also started a group of singers at Buena Vida – which has grown to about 35 members who share his love of music.

“I encourage everyone to make plans for the future before something happens,” David said. “Don’t fall into the trap of waiting until you’re ‘ready’. I hope I can continue to enjoy this life to the fullest here at Buena Vida.”